Maria Klingenberg (1840–1923) was Carl Oscar Malm’s pupil in Porvoo Deaf school and later, in Turku, his private student. The school community must have been tight in Porvoo and Turku as pupils lived far away from their homes. Many of the friendships established at school remained important through the rest of Maria’s life. Kind and generous Maria Hirn became a mother figure in the early Deaf community; it was, after all, a habit to gather in the Hirn living room before the first Deaf clubs. Maria had a central role in formation of the tight deaf community.

Maria Klingenberg was born in Helsinki in 1840. Her parents were tobacco manufacturer Otto Wilhelm Klingenberg and Maria Lovisa (born: Blomqvist). Maria’s deafness was discovered at eight months of age. She has told that she never met another deaf until the age of eight.

In 1854, Maria’s mother got to know a young deaf man, Fritz Hirn, a former student of Carl Oscar Malm. He started teaching 14 years old Maria and later made sure that she entered Malm’s Deaf school in Porvoo. She entered school on January 22nd, 1857. Maria was then 17 years old.

Maria was one of four new pupils, of which Charlotta Forsman, 19 years old, became Maria’s close friend. Like Maria, Charlotta had also been Fritz Hirn’s pupil. Maria studied in Porvoo until the summer 1859. During this time the number of students grew fivefold and Maria got to know many of her future best friends, for example Natalia Dahlman (13 years), Edla Roman (12 years) and Lorentz Eklund (12 years).

According to a notice in Borgå Tidning (Porvoo News) in 1846, the subjects studied in sign language in C. O. Malm’s school were: reading, counting, religion and science. Pupils boarding at the school were to pay their teacher all together 10 silver roubles for a room, maintenance and teaching. It was possible to live with the teacher also during summertime. Students  spent their free time making handicrafts. One can only wonder how close the relationship between the pupils and their teacher must have been.

In 1859, C. O. Malm moved to Turku to work as a teacher in a new state-run Deaf school, and Maria Klingenberg followed as his private student. Amongst other students moving from Porvoo to Turku were Maria’s friend Charlotta Forsman, Edla Roman and Lorentz Eklund. In the Turku school, the close circle of friends was complemented by 11-year-old Elise Wiklund who later married Lorentz Eklund. As the habit in those days, Maria finished her school after her confirmation in 1860. 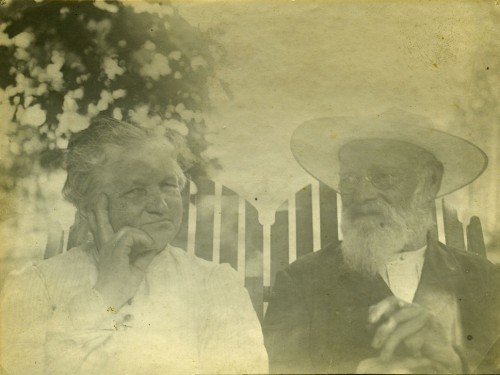 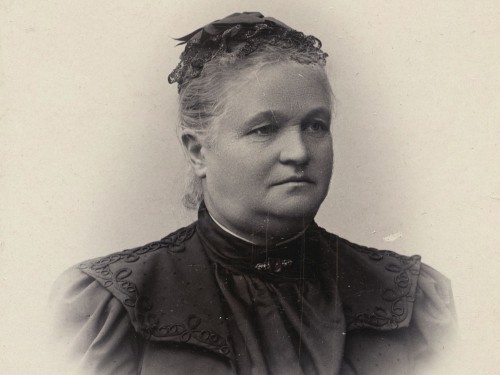