More schools are founded in the 19th century

After the founding of Turku’s school for the deaf, other schools were also established in Finland. The school in Porvoo continued its operations after a short break. The headmaster of the Turku school was tasked with raising awareness of deaf education and he also held confirmation lessons in different locations. These activities were partly to thank for the decision to set up schools for deaf people in Kuopio in 1862 and in Pietarsaari in 1863, increasing the number of schools for the Deaf in Finland to four over the 1860s. All together, the schools had about a hundred students. In addition, a private school, Heffata, which later received state funding, began operations in Huittinen in 1883. In 1892, the tsar issued a ukase on the reorganisation of education for deaf people. This decree regulated the tuition offered by the schools and ordered the establishment of schools for the deaf in Mikkeli in 1893 and in Jyväskylä in 1894.

Deaf children began to receive primary schooling relatively early, compared with children attending the mainstream education and schooling for other special groups. Many factors contributed to the state taking over the organisation of education for deaf people. The school system for the deaf was created in the 1860s when general education was developed as a whole. This process was also influenced by phenomena such as enlightenment and industrialisation. Financial and production activities required plenty of labour and while the deaf were not considered to have full capacity for work, they were able to perform certain tasks. Therefore, society benefited from training them.

Discussion on compulsory education for Deaf people began among the teachers of the deaf at the beginning of the 20th century, because at least a hundred deaf children did not receive schooling. Schooling became compulsory for the deaf in 1921, when primary schooling was made compulsory. Despite this, deaf children faced obstacles in education, due to ignorance an prejudices.

A teaching visual from the Porvoo school for deaf children. 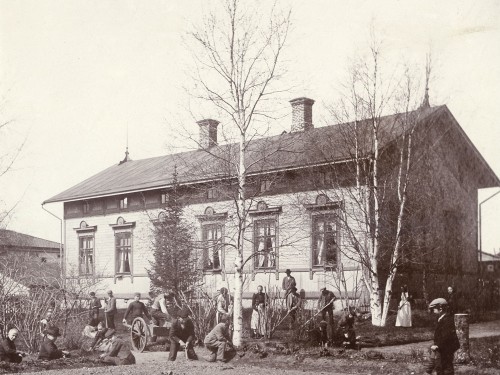 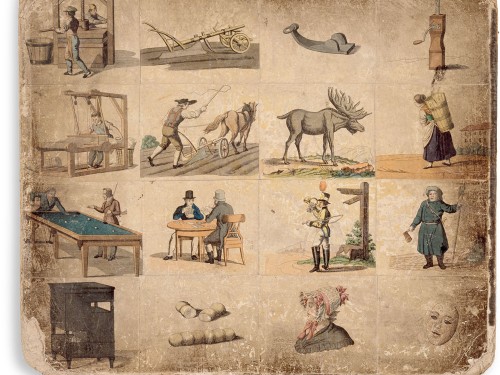