In the regulations issued for Turku’s school for the deaf in 1858, the learning goals and curriculum were set for the tuition, specifying that deaf pupils should be raised and taught to become Christian and useful members of society.

The curriculum was largely similar to the curriculum in mainstream schools. Religion was the most important subject and if a pupil attended school for the minimum period (six months), he or she was taught only religion. Learning a trade was also considered important in the schools for the deaf. The majority of theoretical studies focused on learning written and sign language. In keeping with the practices Malm imported from Manilla, sign language played a central role in tuition. With the help of sign language, the goal was to teach students to write, a skill that was essential in communicating with hearing people.

Malm had set ambitious goals for his school; the students were taught mathematics, geography and natural sciences. Malm’s pedagogical philosophy was characterised by the ideals of the liberal European enlightenment, which stated that society’s underprivileged also had the right to educate themselves.

The end of Malm’s operations also marked the end of the first stage of deaf education, which was based on Malm’s idea of a diversely educated Deaf person who could use sign language to communicate. Once the state took over the tuition, the ideals changed and practical skills were given a preference over theoretical studies in the syllabus. 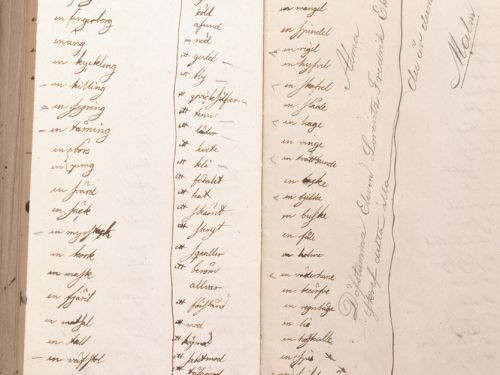