Bruno Mouton (1893–1964) is remembered most by his skilfully signed interpretations of many songs and poems that he also taught for younger generations. He was an active member of the Helsinki Deaf Club, the chairman of the Theatre Club and the Chess Club and a board member in the club’s Sports Club.

Bruno Mouton was born in 1893 in Eskilstuna, to a German family of French origins. He became deaf at three years of age. His father, Cäser, worked in a circus and the family followed him around Europe. In the circus the father performed as ”Conductor” Mouton from Hamburg. Maybe for the family background, Bruno was keen to astrology and horoscopes through his life.

When the ”Conductor” Mouton’s tour reached Helsinki, Bruno got to be one of the first children to enter the Deaf kindergarten in 1901. Already during the next year, 9-year-old Bruno entered the Porvoo Deaf School which he successfully finished in 1910. He was a polyglot and his sign language was the Swedish-Finnish sign language.

After school he got work as a photographer in the Atelier Nyblin, in Helsinki, and later in Puromies printing house as a typographer. In 1911, he took after-work drawing classes in the Ateneum drawing school.

The World War I broke out in 1914 when Bruno Mouton was 21. As Russia and Germany were on opposing sides in the war, The Mouton family, still with German passports, had to flee to Germany. There was plenty of work for a young man during the war, though sometimes there was a shortage of goods. Bruno worked e.g. in a printing house, a rifle factory and a metal workshop in different parts of Germany. As the war ended in 1918, skilled Bruno got a job in a printing house in Berlin.

Bruno Mouton decided to return to Finland in 1919 and got his old job back in the Puromies printing house. Good with languages, he got to set dissertations in Swedish and German. Later he worked also in the Mercator printing house.

Bruno met his future wife, Ida Viljavuo, at the Helsinki Deaf Club. They got married in 1921. The couple had two hearing children, Renée (1922) and Bruno (1925). The boys followed their parents to the Deaf club.

Bruno Mouton joined the Civil Guards where he served over 20 years, being promoted to corporal in 1941. During the World War II he was summoned to home reserve but was released from duty for his deafness. He was a brilliant shooter and got e.g. gold and silver medallions form the Deaf World Games in Stockholm in 1939 and in Copenhagen in 1949. 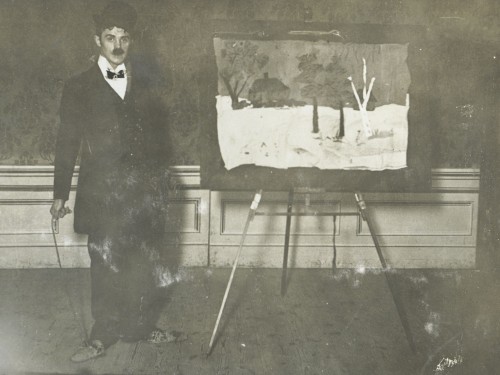 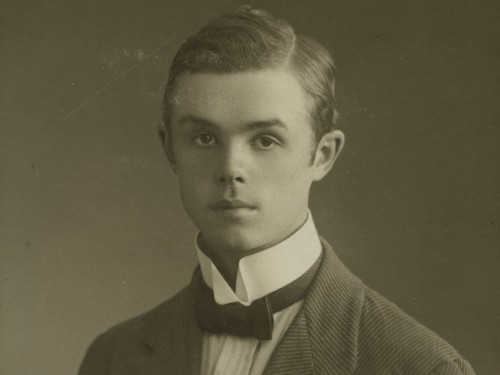