The board set up to support Malm’s private school also advocated for a new state-funded school proposed by Malm, submitting an application for a state school for deaf people to the senate in 1858. The same year, the senate issued a decree on the establishment of a school for the deaf in Turku.

Malm moved to Turku, bringing some of the students from the school in Porvoo with him. Malm was proposed as the teacher for the new school without a separate application but in the end Carl Henrik Alopaeus was appointed as the headmaster because he had trained as a priest, a qualification considered important for the role, and he also had the required ‘gift of perfect hearing and speech’. At Turku, the number of students increased, and their backgrounds became more varied.

Tuition was given in religion, mathematics, Swedish, Finnish, spelling, drawing and ‘finger language’. In addition, the students could train as a craftsman. Boys were sent to the town’s craftsmen to learn a trade and girls studied handicrafts at the school. Tuition was offered in sign language and in writing, with the use of the language determined on the basis of the purpose. For example, during religion, the students were taught to write the Words of Institution for Communion word by word, while the Bible was studied in sign language.

Turku’s school for the deaf

Lovisa Sahlberg, a teacher at Turku’s school for the deaf, with her students in the 1870s. 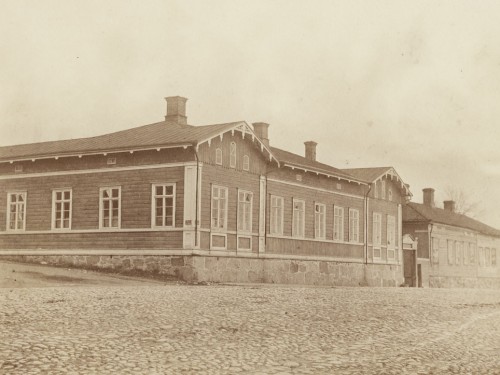 Turku’s school for the deaf 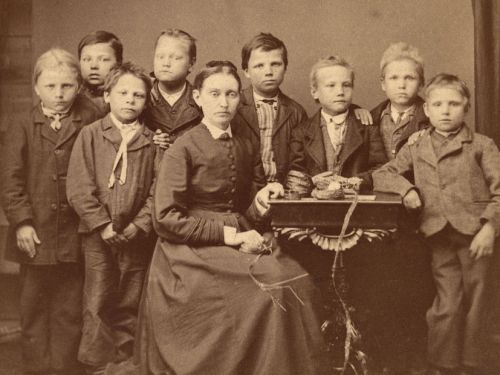