Antti Jokelainen (1884–1952), also known as the ”Finnish Bear”, gained fame in the Nordic athletic games and was actively involved in the Deaf sports club activities.

Antti Jokelainen was born in Paltamo in 1884 and went to the Kuopio Deaf School. He was a skilled typesetter and worked in Helsinki and Kuopio. In 1930–1952 he worked in the Surdus printing house.

Antti Jokelainen was a keen sportsman from early childhood. As a child, he did gymnastics and skiing. During summers he worked with his father at logging sites in the Northern Finland. The time in the nature prepared him for his future athletic successes.

After moving to Helsinki in 1905 Antti Jokelainen joined the new and high-spirited Helsinki Gymnastics and Athletics Club of the Deaf. He soon became a celebrity at the club, together with Oskar Wetzell. Strong and handsome Antti was a natural talent. He run 100m in 11,2 seconds, a club record which remained long intact.

Antti represented Finland at the first time in 1907, in the athletic games organised jointly with the Nordic Conference in Copenhagen with Sulo Wuokko, Oskar Wetzell, Eino Karilas, August Virtanen, and Juho Ranta. The Finns gained eminence especially with Antti’s brilliant achievements. All together they brought home 13 medals, four of which (javelin, discus, high jump, and shot put)  were Antti’s.

The next Nordic Games were organised in Gothenburg. The Helsinki club sent three athletes to the competition:  Antti Jokelainen, Onni Toukola and Juho Ranta. Antti participated still in 1910 in the Nordic games in Copenhagen, where he scored the highest points in track and field athletics. A Danish Deaf magazine credited him as the best Nordic Deaf athlete.

Antti Jokelainen chaired the Helsinki Deaf Athletic Club from 1905 onwards. After injuring in 1912, he could not continue his successful career in athletics but he still remained in lead of the club. In 1920, he moved to Kuopio where he was a chairman in the local athletics club of the Deaf. He was also one of the founding members of the Finnish Athletic Association of the Deaf and served twice in its executive committee. 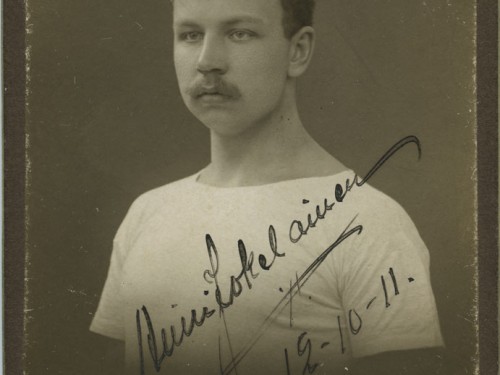 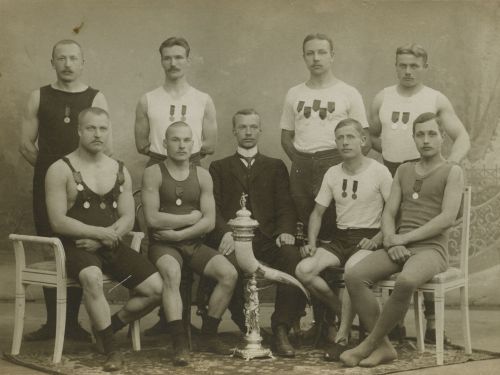