Carl Henrik Alopaeus (1825–1892) can be regarded as Finland’s first priest of the Deaf. He was a board member already in the Porvoo Deaf school and later got elected as a headmaster of Finland’s first state-run Deaf school. Later generations have called him the apostle of Deaf. The confirmation events organised by Alopeaus around the country drew Deaf from long distances. He also organised a possibility to enter school for many poor Deaf in rural areas.

Carl Henrik Alopaeus was born in Juva in 1825. His father was a judge in the judicial district of Juva. Johan Ludvig Runeberg himself tutored Carl Henrik before the young man entered secondary school. Carl Henrik was a familiar sight in poet’s home also during his free time, and their paths would cross also later in life. After school Alopeaus studied theology in the University of Helsinki. In 1849, he graduated as a teacher and got a post in Porvoo elementary school.

Collaboration between C. H. Alopaeus and J. L. Runeberg strengthened in1845 when young C. O. Malm arrived in Porvoo, his head full of ideas on Deaf education and his heart burning with desire to start a special school for them. Porvoo was a good choice as its societies were full of eager benefactors of charity and popular education. Supporting the school was seen as a moral obligation. Both Runeberg and Alopaeus got engaged with Malm’s school and were also members of the school board. Alopaeus also taught in the school, next to his day job in elementary school.

Alopaeus was ordained a pastor in 1855. The same year he also married Ida Amanda Nykopp. Once the state-run Deaf school in Turku was founded, C. O. Malm became its’ first teacher. A headmaster was to have perfect skills in speaking and hearing, which in practice supplanted Malm from the post. In stead, the post was nominated for C. H. Alopaeus, who accepted the duty after visiting Deaf schools in Sweden and Germany. The main responsibility on teaching remained on C. O. Malm.

Apostle of the Deaf

In Turku Alopaeus lived modestly. He gave a big share of his small salary for charity and used donations he got in benefit of his deaf students. During summers, he travelled around Finland teaching Deaf and giving them confirmation. He also did research on teaching the Deaf. Alopaeus was nominated as the dean of Porvoo diocese in 1881 and four years later the bishop of the diocese but he never stopped his work with the Deaf.

In Spring 1892, while visiting Savonranta, bishop Alopaeus became seriously ill and died only after few days. Carl Henrik Alopaues was buried in Porvoo and his old students covered his grave with green leaves and flowers. 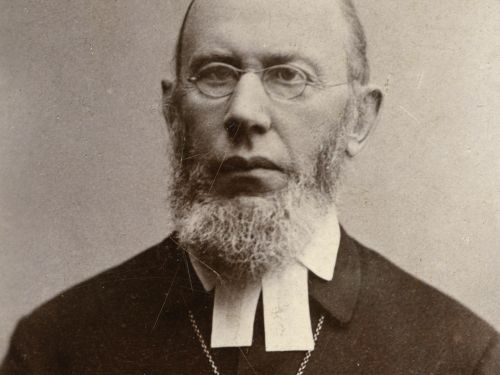