Elma Eklund (1878–1948), a hearing daughter of Deaf parents, worked as a chairman of the Helsinki Deaf Club and was the founder of the Deaf-and-dumb Club Heffata. She was the first woman in the whole Europe to rise to a leading position in Deaf clubs. Her era was that of renewal. Elma Eklund can also be regarded as a predecessor to pastors of the Deaf as she organised devotional events for the Deaf in Helsinki and Huittinen, and as a travelling advocate also in other parts of Finland.

Pietarsaari-born hearing Elma Eklund’s both parents, teacher Lorentz Eklund and Elise Eklund (née Wiklund), were pupils of C. O. Malm’s Deaf school. Sign language was Elma’s mother tongue which she regarded as ”the proper language” compared with spoken language which was used at home only with servants. Elma started her school in Pietarsaari and continued in Broberg’s school, Helsinki. She passed her matriculation examination in 1896.

In 1898, Elma’s newly widowed mother, Elise, and Elma’s siblings moved to Helsinki. Her childhood friend Maria Hirn (née Klingenberg) had moved to Helsinki already so Elma got even more involved with Deaf club activities. The club often gathered in the Eklund home and many of its members became Elma’s close friends.

Life at the club

Elma Eklund joined the recently founded Helsinki Deaf Club from Julia Stadius’ suggestion at the age of 17. She was chosen to the club board when she was 18, and as the chairman when she was 24. Other board members included e.g. Julius Hirn and Valter Forsius. The club was very active during Elma’s chairmanship and the chairman was always present, organising events and giving courses. To facilitate Deaf employment, Elma was involved in organising the Deaf vocational exhibition in 1902. Already the first day gathered 550 visitors. In the same exhibition, John Sundberg met with Helsinki’s Deaf for the first time, and together with Julius Hirn Elma persuaded John to join the club.

Elma Eklund was a religious person. She was the initiating force behind the petition soliciting a nomination of a pastor for the Deaf from the tsar, in 1903. Before the petition was granted in 1908, Elma held devotional events for the Deaf when touring the country as a travelling advocate of the Finnish Association of the Deaf.

Elma Eklund got married in 1907 with Gustaf Ignatius and moved to Huittinen where her husband worked. Already during the same year she was busy founding a Deaf club together with Kaarlo Ritala, Vilho Ritala and Erkki Knuutti. The new club was called the Deaf-and-dumb Club Heffata.

Elma spent her whole life working and participating in different Deaf organisations: in clubs, the association, Deaf magazines, beneficiary clubs and the Åvik foundation. Apart from her several positions of trust she toured the country meeting secluded Deaf and often acted as an interpreter. Her glad and genial nature made it easy for her to win people’s confidence. 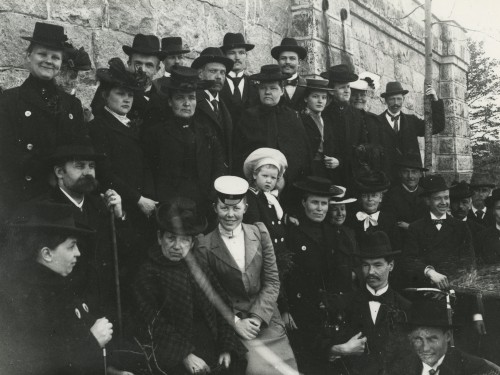 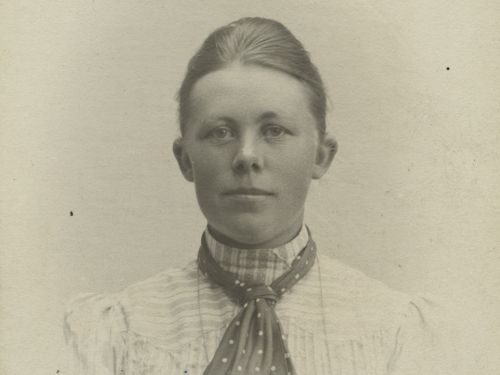