John Sundberg was born to a wealthy business family in 1875. He became deaf at the age of eight months and at the age of six he was sent to Stockholm’s Manilla School, which used oral teaching methods. After six years of school John returned to Finland and got private lessons for three years. For his era, he got exceptionally good education, but was a member of the hearing society. John Sundberg did not interact with Finnish Deaf before the age of 27.

John Sundberg’s life was shaken in 1902 when he visited a Deaf handicraft exhibition in Helsinki.  Although most likely the idea of entering the Deaf world had already been growing for a while, meeting other Deaf gave his life a new meaning and direction. The key persons in enticing him to the club were Julius Hirn and Elma Eklund. The death of Albert Tallroth had left a gaping hole into the association, and young and energetic John Sundberg was more than welcome. He had new ideas and also time to make them happen. As a son of a wealthy family he could dedicate his whole time for club activities. Quickly he found his place in the club and he was chosen in 1903 as a treasurer, in 1905 as a vice chairman and in 1907 a chairman, a position which he held until 1936.

He learned sign language in a mature age and identified himself totally with the Deaf world. While chairman, John Sundberg socialised every evening at the club with other Deaf. The club benefited of its chairman’s’ good connections to the hearing world. Through his contacts and networks John was able to mobilise hearing in influential positions and the club’s financial situation got better. His initiative started the handicraft clubs whose products were sold for the club’s benefit. With these funds the Helsinki Deaf Club bought its own premises, and later was able to purchase also a summerhouse, Satulinna.

John Sundberg was one of the founders of the Finnish Association of Deaf in 1905 and held many of positions of trust. As an advocate he travelled around the country meeting Deaf, lecturing, and helping to set up local clubs, with the help of e.g. Hulda Hakala. The travelling advocates were important sources of information next to the Deaf magazines. Sundberg was a long time editor-in-chief of the Kuuromykkäin Lehti (Finnish Magazine of the Deaf) and wrote also to the Tidskrift för Dövstumma (Finnish-Swedish Magazine of the Deaf). 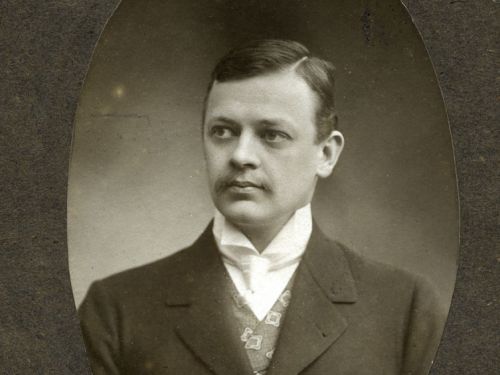 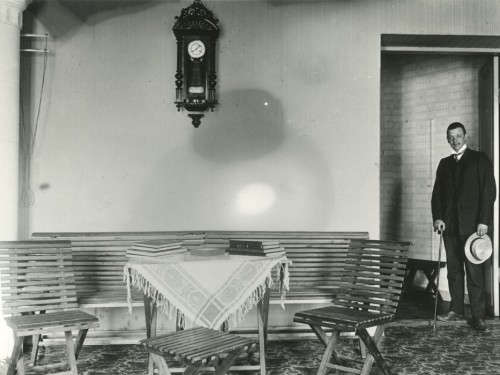