Elin Carlstedt (1864–1949) was one of the Deaf teachers before implementation of oralism. She taught handicrafts for Deaf girls in 1882–1893. Elin Carlstedt was a chairman for the Porvoo Swedish Deaf Club for more than 20 years.

Elin Carlstedt was born in 1864 to a Porvoo military family. She became deaf in the early childhood due to a scarlet fever. When seven years old, she entered the Porvoo Deaf School which was then run by Selma Åkerstedt and Achilles Sirén. It is possible that she attended the school already in the era of C. H. Alopaeus. Elin finished her school in 1881.

In 1882, the talented 17-year-old Elin taught handicrafts for young children without salary in her former school. She was very skilled, especially in embroidery. In 1881–1882 there were altogether 15 pupils, of which 5 girls and 10 boys from Swedish speaking families. From 1886 onward, Elin got paid from her work. She worked together with her former school friend Isak Eneberg who was a teacher in Porvoo for 16 years, starting from 1877. In 1890, the school got a new headmaster, Elin’s cousin Valter Forsius. After two years, Valter became an inspector of schools for defective children. Elin had to quit her job in 1893 as the school started using oralism as a teaching method. This resulted by and by into a withdrawal of Deaf teachers.

After being forced to leave her post as a teacher, Elin got her livelihood as a tie maker. Ms Carlstedt was known to sew the finest ties in Porvoo, and she even got to sew the flag of Helsinki Deaf Club. Besides her job, Elin led the Porvoo Deaf Club for over two decades. Elin never got married. She died in Åvik, Hyvinkää, in 86 years of age. 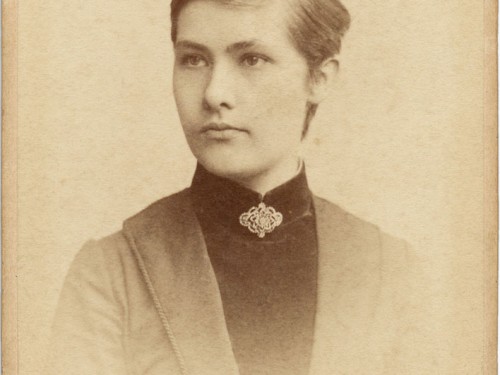