Torsten ”Totti” Rikström (1916–1999) was a diverse performer and a cultural person in the Deaf cultural life. He interpreted the great names of theatre, e.g. Aleksis Kivi and  Molière, to the Deaf audience. He led sign language using choirs and performed for decades in the National Culture Days of the Deaf. He was especially keen supporter of the youth activities; he helped to establish the youth club to Helsinki and his initiative led to organising the Nordic camps for the youth.

Torsten Rikström was born in Loviisa in 1916, becoming deaf at three years of age. He was sent to the Swedish speaking Deaf school in Porvoo which he finished in 1932. After school, he worked as a book binder first in Loviisa and later in Helsinki, in Suomen Kirjallisuuden Kirjapaino Oy until his retirement.

Torsten joined the Helsinki Deaf Club in 1937 and got soon carried away with club activities. He was known by his nickname ”Totti” by everyone. Totti took care of different positions of trust altogether 27 years. He and Aura Ahlbäck founded the youth club in 1940, and the first Nordic youth camp was organised based on his suggestion. In 1953, Totti got married with Ulla Hilden and the couple got three children.

A Man of Culture

The Finnish Deaf community remembers Totti as an active man of culture with his bravura being J. L. Runeberg’s poem Joutsen (The Swan) in visual sign language. He was at his best on stage and in recitation and he performed for years in the National Culture Days of the Deaf and in cultural events of the elderly. One can never forget his interpretation of Aleksis Kivi’s tailor Eenokki in 1958 nor  Moliére’s The Imaginary Invalid in 1978. As many other famous Deaf before him, Torsten Rikström continued the tradition of leading sign language choirs. He conducted e.g. Kajander’s hymn Isänmaalle (Hymn for Fatherland) in the opening ceremonies of the first Culture Days in 1956.

Totti was a proper gentleman, always polite and considerate, with a twinkle in his eye. He came to club meetings dressed in a suit and a tie until the very end. Children were especially dear to Totti and many times he entertained them with dramatised stories from familiar subjects.

Torsten Rikström loved Deaf theatre. No matter what was on stage, he was always in the audience. In honour of Totti Rikström the Theatre of the Deaf changed it name to ”Teatteri Totti” (Theatre Totti) in 2005. 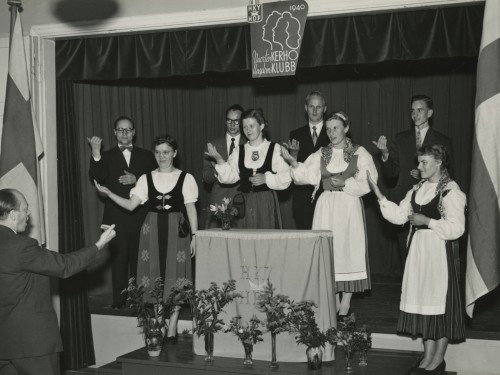 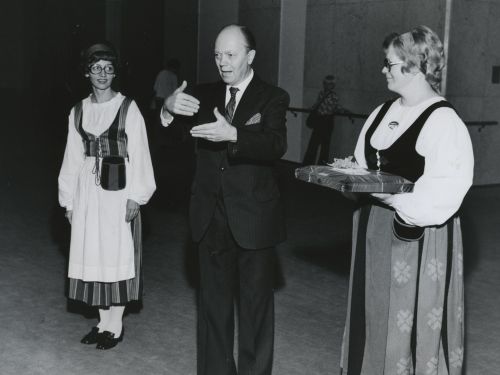 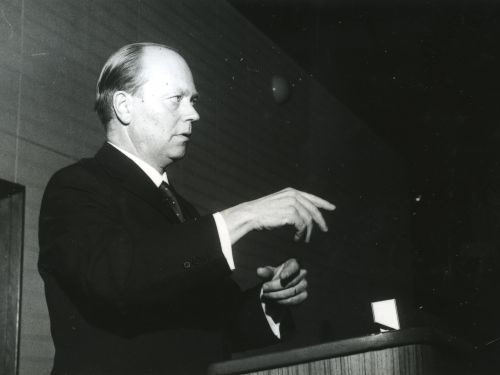